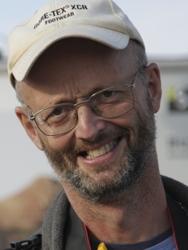 I am an Austrian freelance photojournalist based in Sofia, Bulgaria. I started photography when I was twelve and became serious about it when I was living in the wilderness of Canada\'s Yukon Territory in the late 80s. After serving in the Austrian Army for 13 years, I took up diving as a career. Over 15 years I taught hundreds of students, explored many caves, wrecks and uncharted depths (in fact I still hold a depth record). About seven years ago I finally went full-pro in photojournalism and since then have mostly covered topics in the Balkan countries and the Middle East.