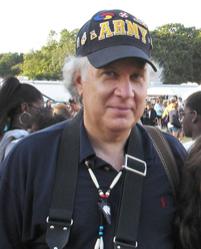 1968 was a year unlike any other and it shaped my generation. The incredible events that occurred in rapid succession left us with no time to comprehend the enormous impact of each in its own right. Seizure of the U. S. S. Pueblo, the Tet Offensive, siege of Khe Sahn, My Lai Massacre, the refusal of LBJ to run for a second term, the Prague Spring, the assassination of Martin Luther King Jr., loss of the U. S. S. Scorpion, the assassination of Robert F. Kennedy, riots at the Democratic Convention in Chicago, the Soviet invasion of Czechoslovakia, the election of Richard Nixon and the release of the crew of the U. S. S. Pueblo were some of the events of that year. Interwoven with these events were the critical events in my own life. Graduation from City College (CCNY) with a B. A. in International Relations, enlistment in the U. S. Army, arrival at the U. S. Army Intelligence School (USAINTS) at Fort Holabird, Md. on the same day of the King assassination, engagement to my lovely wife, Breta, graduation from USAINTS with orders to deploy to Korea with the 502nd MI Battalion and our marriage on November 28. Quite a year to say the least.

I ended my active duty with the Army on September 5, 1970 and was officially discharged in January 1974. During the mid 70s I came to realize that my life's passion was photojournalism. For several years I read everything that I could get my hands on, but I was mostly influenced by the work of the Farm Security Administration photographers during the Great Depression. Dorothea Lange, Walker Evans, Arthur Rothstein, John Vachon, Carl Mydans, Russell Lee and others touched my soul with their work.

By 1981 I knew that documentary photography and photojournalism for me meant that I needed to form a business entity to take my passion from simply a hobby status to a business venture, and so American Photojournalism was created. Years passed. Breta and I raised a family of four children, and photojournalism would have to wait. In 1989 I began a new career as a New York City Social Studies teacher in the high schools. I received my M. A, (International Relations) in 2002 from Brooklyn College. In 2006 I incorporated American Photojournalism, and on July 1, 2008 I was able to retire from teaching and create Dispatch Press Images with my family's help and support.

Our website is dedicated toward keeping the spirit of photojournalism alive, and to those great photojournalists who came before us. We hope to attract dedicated and talented photojournalists from around the world, most of whom are virtually unknown. Their best work will be displayed on our website. In addition, we expect to continually add outstanding stock images from photos essays to our archives. Photo buyers will have a very special, 21st century, means of viewing and purchasing images from the world's best photographers. The era of great photojournalism did not end with the Farm Security Administration, it was only the beginning. Very special images are out there, all around us. All you have to do is "see" them.