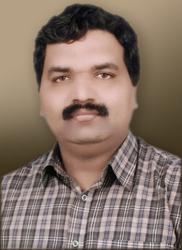 Muhammad is a senior photojournalist based in Lahore, Pakistan who has worked for various news organizations including foreign and Pakistani media. He started his career working as a photographer for the Daily Adaz Lahore and covered Benazir Bhutto until her death. In addition, he covered many VIPs, the Prime Minister and foreign delegations. Muhammad is a member of the Pakistan Association of Photojournalists and a council member of the Lahore Press Club.

As Secretary General of the Pakistan Association of Photojournalists (PAPJ) he organized the first ever exhibition for Pakistani photojournalists (National Photo Exhibition) in which 800 pictures taken by 350 photographers were hanged. This followed the international symposium and exhibition of photojournalism in which a large number of photojournalists from eight different countries participated including Japan, Nepal, India, Sri Lanka, Bangladesh, Afghanistan, Pakistan and Bhutan.  He has won various prizes for his pictures including the National Award to Pakistan in 2008.

He is currently working as a photographer for the Associated Press of Pakistan Corporation (APP) which is the official media of the government of Pakistan. In addition, he is also working on a campaign under the umbrella of his association (PAPJ) and has given lectures to about 800 photojournalists around his country.